Thanks to the Loosening of Covid-19 restrictions in the Province the Kelsey Recreation and Wellness Centre has started registration for their kids summer camp!

The cost is $112 per week except for the week of August 3rd to the 6th which is $89. Every week will have it's own unique theme. Monday's, Wednesdays and Fridays will be using the Winton Pool.

Kids must follow Covid-19 rules and restrictions in place at the time of the camp. For more information you can call the Wellness Centre at 204-627-1134 or email rec.wellness@townofthepas.ca

It’s the final week of the Participaction Community Better Challenge and your final chance at gift cards for some local businesses! The Kelsey Recreation and Wellness Centre along with The Pas Families BBC, and The Pas Helping Hands are challenging you to get out there and play ball, run around the track or dance to the music, and more while tracking it on The Participaction app!

As of writing, the town sits a hair behind first place Arborg.

You can enter by posting a picture or video of you doing the activities to the Pas families BBC (Spraypark and Skatepark) Facebook page with unlimited entries as long as you provide proof you tracked them with the Participaction app each time.

The Kelsey Recreation and Wellness Centre will be back up and running on Monday thanks to loosening covid-19 restrictions! Programs will continue with the same schedule prior to the last closure with 3-time blocks per day.

Monday to Friday the Wellness Centre will be open

And on Saturday and Sunday from

Members must follow all covid-19 guidelines while using the facility, cleaning equipment after each use and wearing a mask at all times.

The MJHL Celebrated its strong Indigenous routes for National Indigenous Day Yesterday. The league celebrated its rich history of coaches, player’s management, and staff that have been a key part of the success of the league.

The league has had countless indigenous alumni succeed within the league and graduate to the NHL level from First Nations, Métis, and Inuit backgrounds.

Most recently highlights from local Brady Keeper who played with the OCN Blizzard and earned an NHL contract with the Florida Panthers after only two college seasons with the University of Maine.

The MJHL has two clubs in First Nations communities, both operating for over 20 years. The OCN Blizzard, founded in 1996, and the Waywayseecappo Wolverines, founded in 1999. Both teams often carry Indigenous players and staff.

Bryden Sinclair of Peguis First Nation was named Captain of the OCN Blizzard on June 11th for the 2021-2022 season and has already committed to play NCAA Division Hockey at the University of Maine in the future.

Another former OCN Blizzard player, Tony Apetagon now plays for the University of Manitoba Bisons. Tony spent a brief time as an assistant coach during the beginning of the shortened 2020-2021 season.

Several MJHL prospects represent Manitoba at the National Aboriginal Hockey Championships on a yearly basis, winning gold during the 2017 and 2019 games.

Throughout each season the MJHL and its member clubs acknowledge that they compete on Treaty 1, Treaty 2, Treaty 4, and Treaty 5 lands, collectively the traditional territories of Anishinaabe, Assiniboine, Cree, Oji-Cree, Dakota, Dene, and Inninnowuk peoples, and the homeland of the Métis Nation.

The pandemic may have temporarily shut down a lot of things over the year but camping and canoeing is still something you can do to escape the work life this weekend.

Parks across Manitoba remain open and ready to be booked. If you head over to Rocky Lake you have the option to rent a canoe for $40 a day or a powerboat for $120 a day plus fuel.

The Kelsey Rec and Wellness Centre along with The Pas Families and The Pas Helping Hands 4H have put together a Scavenger hunt challenge!

The challenge includes fun activities like a jig at the trapper's sign, shooting baskets with or without a ball, and more. Download the ParticipACTION app and track your minutes to help the town earn $100,000 towards the skate park!

Participants must take a picture or video doing the action and post it to The Pas Families BBC (spraypark and skatepark) Facebook page.

Prizes include gift cards to local businesses and passes to the Kelsey Rec and Wellness Centre and Winton pool.

The MJHL will be releasing a full schedule for the upcoming 2021-2022 season soon.

They've released a sneak peak of the opening weekend and your OCN Blizzard will start things off facing Swan River while the Dauphin Kings will be in Neepawa. The MJHL's tentative start date is September 17th.

Today’s the perfect day to get out and get active to help the town with the ParticipACTION community better challenge!

While you're out there be sure to hit up the many trails around town, post a photo of the trail with your minutes using the hashtag #triparticipaction or email Kpaddock@townofthepas.ca to be entered to win lots of cool prizes!

Every lap of a trail is one entry that could win you gift cards for local business and swim or skate passes at the Kelsey Rec and Wellness Centre.

Everyone who enters into any of the weekly challenges is automatically entered to win the grand prize of even more gift cards and passes at the end of the month!

The Neepawa MJHL franchise has changed their name for the upcoming season.

The former Neepawa Natives will now be called the Neepawa Titans, complete with a brand new logo and jerseys. 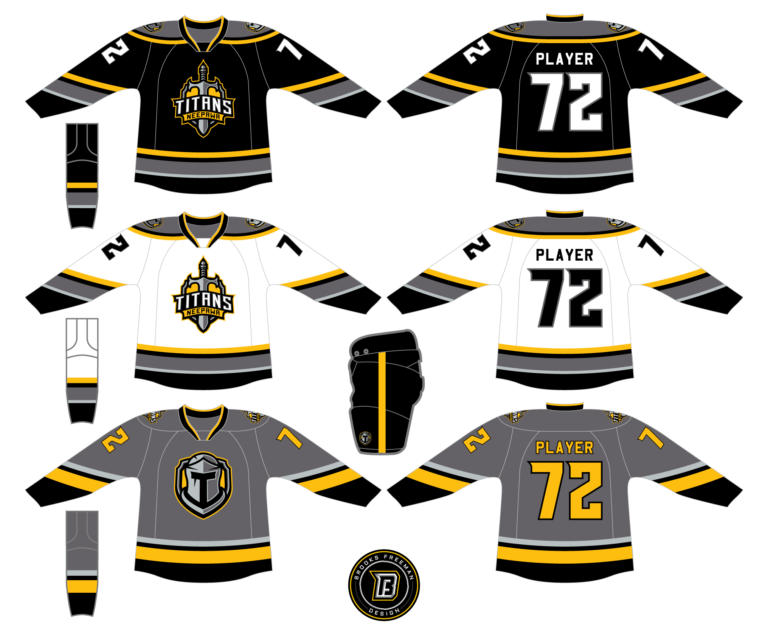 Five names were up for debate after the old name and logo were dropped.

Titans was chosen to represent the community members and their greatness for achievement alongside their lumber, agriculture, pork and brewing industries.

The change was a long time coming and is now something the town can be proud of according to Titans Head Coach and General Manager, Ken Pearson.

The Manitoba Junior Hockey League (MJHL) has awarded Niverville the newest team on the MJHL’s roster.
Niverville is one of the fastest growing communities in the province located about a 20 minute drive South East of Winnipeg. The team will play its inaugural season from the brand new Niverville Community Resource and Recreation Centre in the 2022-2023 season.
The MJHL has been in ongoing discussions for a number of years with Niverville A Junior Hockey inc and the Niverville town council and feels the town will provide an ideal home market for the MJHL going forward. At this time it’s still unknown whether it will be a brand new team or a relocation of a currently existing team.

The SJHL coach's got together in Nipawin this past weekend to put a plan together  and discuss how they could get back on track after Covid 19.

One of the topics of discussion was the different Showcases including the annual SJHL/MJHL Showcase.

It has been made official that the annual SJHL/MJHL showcase will return January the 25th and 26th, 2022 at the Seven Oaks Sportsplex in Winnipeg.

There will be three teams representing each league with the top 60 players from both the SJHL and MJHL. Players will range in ages 16 to 20 and will be selected  by the league coach's.

Each team will play two games.

The Showcase has been extremely popular with the fans and has garnered a lot of attention from the NHL, NCAA, Major Junior and University programs from all over North America.

The second week of the Participaction Community Better Challenge is underway and although the weather is looking wet throughout the week you can still participate from the comfort of your own home.

Participants can still rack up those numbers at home with different activities such as housework (I.E cleaning), yoga or pilates, strength training, dancing, and other physical activity!

If you would like to participate and help the town raise money for the skate park you can download the Participaction app from the App Store or Google Play.

The OCN Blizzard are bringing 18 year old Keilan Holland back home from the Winnipeg Blues!

Keilan started his hockey career with The Pas Huskies and the Norman Wolves.

Playing forward, he scored one goal with the Blues during the shortened 2020-21 season.

The Pas skating club will be holding their annual general meeting June 24th at 7PM.

The meeting will be held virtually with prizes available for those who attend the whole meeting. you can register by heading over to www.skatethepas.uplifterinc.com