The OCN Blizzard capped off the MJHL Showcase series last night at the Seven Oaks Arena in Winnipeg.

The OCN Blizzard took on the Virden Oil Capitals in a loss.

The OCN Blizzard Gave up 2 1st period goals. To the Virden Oil Capitals. The score was 2-0 going into the second period,.

The OCN Blizzard were a different team in the second period scoring 1st on a goal from Sequoia Swan from Cole Haukaas and Adam Drolet.

But that’s all the Blizzard would get. The Oil Capitals would score in the 3rd period to make the score 4-2 for Virden and that’s what the score would remain.

3 Stars of the Game 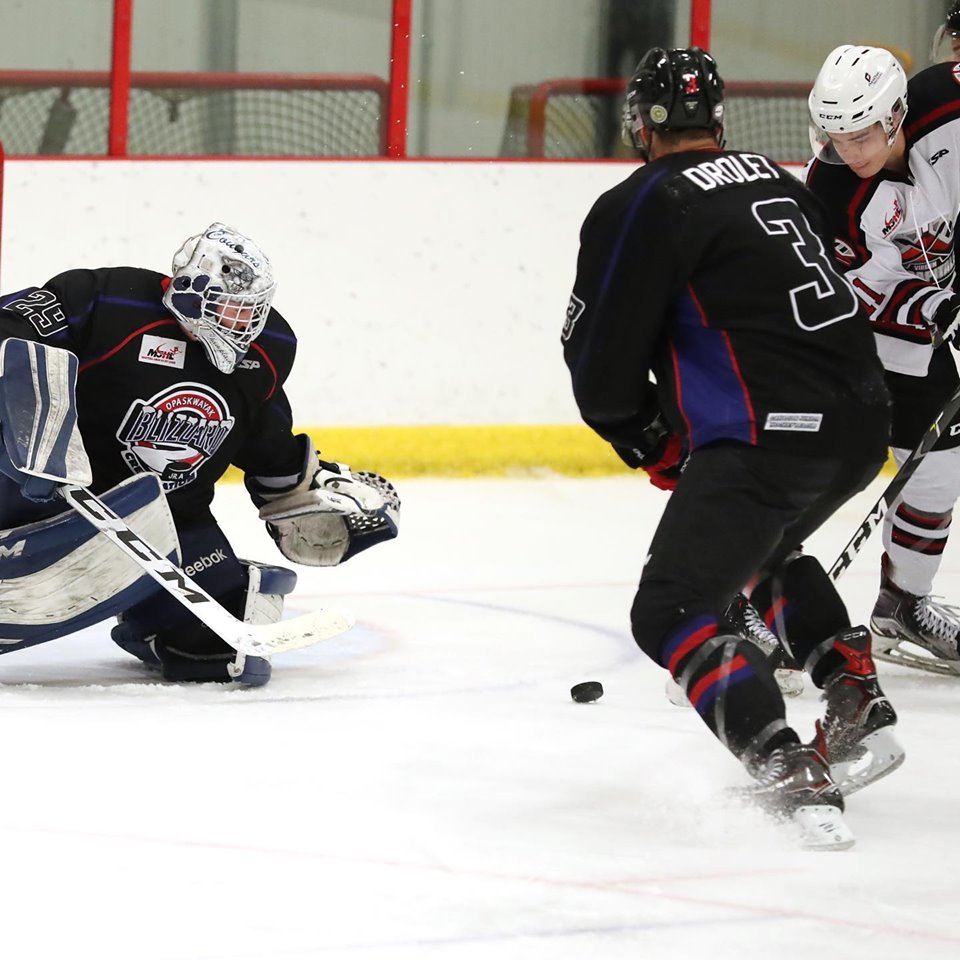 The next games for the Blizzard will be at the GLMC as they return home to face the Winnipeg Blues Friday October 4th and Saturday October 5th.
You can catch Fridays Game on your Home for the OCN Blizzard 102.9 CJAR with the Pre Game Show at 6:45pm and the Puck Drop at 7:00pm.