The Pas and Area Animal Shelter is having a Royal Princess Ball at the Westminster United Church next month.
The KJHL's OCN Storm play the Norway House North stars at the GLMC tonight. Puck drop is at 7:30.
Our MP Niki Ashton outlines the importance of respect and reconciliation with indigenous peoples
Destine Spiller, a Manitoba woman arrested for making online threats towards indigenous peoples two years ago read an apology yesterday
The Chief Medical Examiner of Manitoba is calling for an inquest into the death of The Pas train Conductor Kevin Anderson.
Listen LIVE here - or ask ALEXA! We are also on the free Simple Radio App!
Weekly Auction Feb 17-21 pm - Home Furniture & Home Hardware - Thermal Imaging Camera - Value:$330.00...Call in and place your BID!
Be part of the Birthday Book! Call/Send us all your greets everyday before 8:25am!!

Posted about two years ago by Blake Priddle

The 40th Annual Grub Box Atom Minor Hockey Tournament begins on February 2nd until the 4th. The games will be played at The Roy H Johnston Arena and The Gordon Lathlin Memorial Centre.

The Alongside the Huskies there will be teams from, Flin Flon, Thompson, OCN, Cross Lake, Norway House, Snow Lake Gilliam and Swan River. The First game will feature the B Divisions Flin Flon Bombers and The Pas Huskies at 12PM at the Roy H Johnston Arena.

This Tournament is proudly sponsored by The Grub Box. 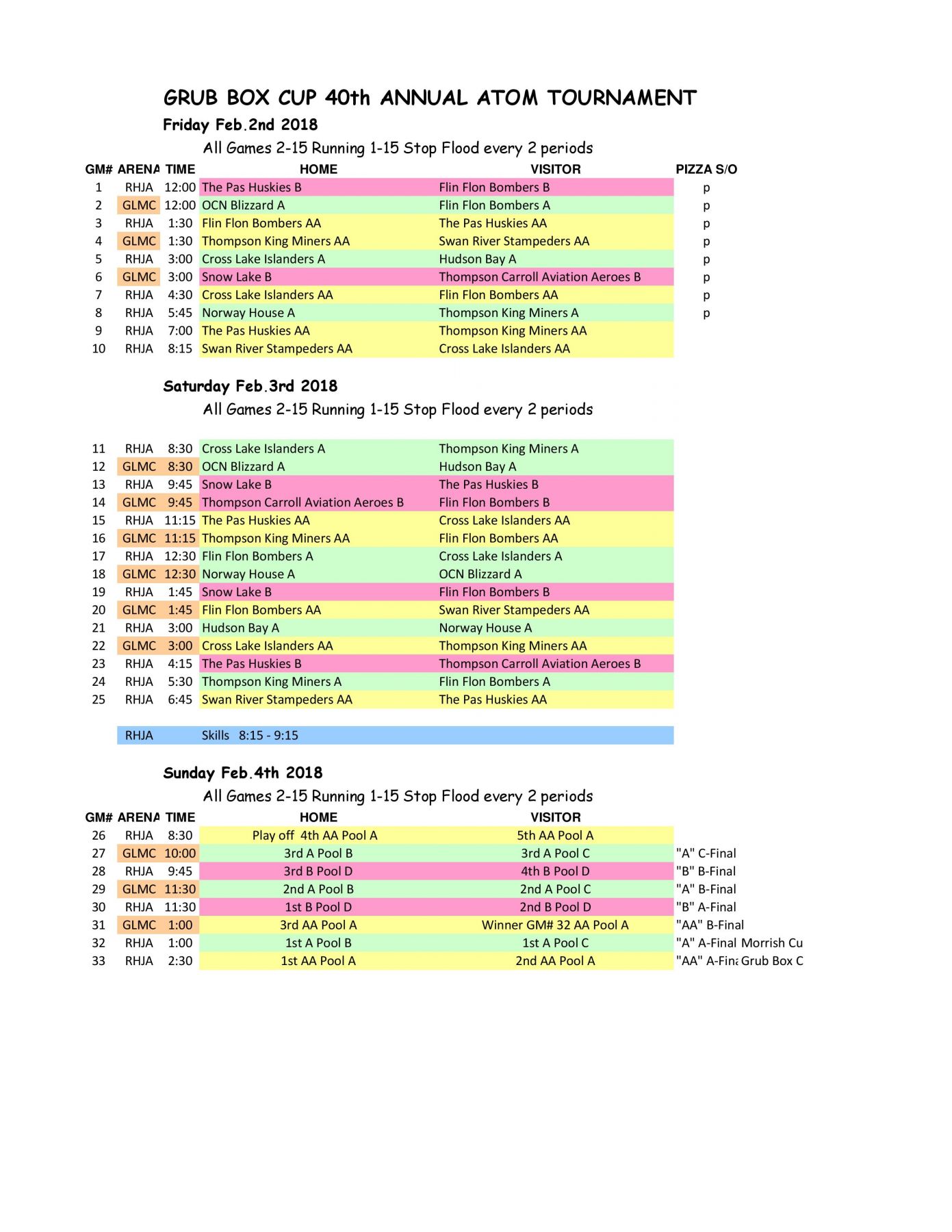