The Pas and Area Animal Shelter is having a Royal Princess Ball at the Westminster United Church next month.
The KJHL's OCN Storm play the Norway House North stars at the GLMC tonight. Puck drop is at 7:30.
Our MP Niki Ashton outlines the importance of respect and reconciliation with indigenous peoples
Destine Spiller, a Manitoba woman arrested for making online threats towards indigenous peoples two years ago read an apology yesterday
The Chief Medical Examiner of Manitoba is calling for an inquest into the death of The Pas train Conductor Kevin Anderson.
Listen LIVE here - or ask ALEXA! We are also on the free Simple Radio App!
Weekly Auction Feb 17-21 pm - Home Furniture & Home Hardware - Thermal Imaging Camera - Value:$330.00...Call in and place your BID!
Be part of the Birthday Book! Call/Send us all your greets everyday before 8:25am!!

Continuing to bring in Manitoba talent, the Bison men's hockey team is announcing the addition of forwards Tony Apetagon  for the 2019-20 season.

Apetagon, 20, is a 6'2", 175-pound forward from Norway House, Manitoba, who last played for the Winnipeg Blues in the Manitoba Junior Hockey League (MJHL). He was a First Team All-Star in the MJHL this season, finishing the season third in the league in scoring with 29 goals and 45 assists in 59 games for the Blues (18 games) and OCN Blizzard (41 games). 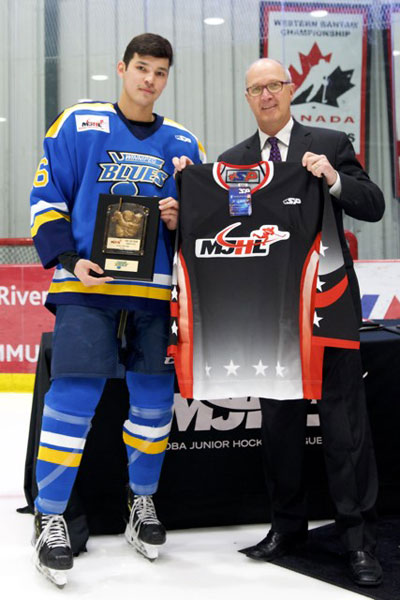 "I'm excited to be joining the Bison men's hockey program as well as getting my education at the same time," said Apetagon. "It'll be nice to represent my home province. I know it'll be a huge step forward from junior hockey to university hockey, but I love adversity and I'm excited to get started."

"Tony is a late bloomer who has tremendous upside to his game. He is an excellent skater with good puck skills, and is a natural scorer who can score goals in different ways. I am very impressed with Tony's passion for hockey and how hard he competes in games."